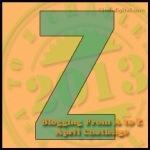 What is the Zillo Beast?

DESCRIPTION: An ancient creature accidentally unearthed on Malastare during an intense battle of the Clone Wars, the Zillo Beast was a monster of legend. The enormous animal proved to be nearly invulnerable to Republic weaponry, prompting intense interest from Chancellor Palpatine. At his order, the creature was incapacitated and transported to a supposedly secure research facility on Coruscant. The Zillo Beast would not be caged, however, and it broke free from its restraints, running wild through the crowded thoroughfares of the capital, leaving swaths of destruction in the wake of its titanic rampage.

I thought that the Zillo Beast was a great addition to the Star Wars Universe. The Star Wars: The Clone Wars team did a fantastic job of creating and characterizing this creature during the two episodes it appeared on-screen.

No words can express just how awesome The Zillo Beast looked on screen, even in animated form. Eric Goldman from IGN says it best in his review of The Zillo Beast Strikes Back:

“The way the animators showed the Zillo’s shear mass, and how every move it made was destroying property and vehicles — and yes, sending some to their doom — was incredibly impressive to behold”

The sheer size and scale of this creature, as seen in the images from starwars.com Star Wars: The Clone Wars episode guide below, is just simply amazing and to me felt very realistic.

The Zillo Beast is also portrayed as something more than just a dumb creature, despite it’s size and scale. The following from Stooge’s review of The Zillo Beast Strikes Back from clubjade.com says it better than I can:

“In fact, Zillo may be the smartest dude on Coruscant, since it’s the only one who can see Palpatine for who he is.” 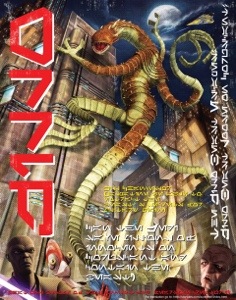 Update: per a Tweet from Star Wars guru Pablo Hidalgo, “Dave Filoni did the original sketches (for the Zillo Beast) and Randy Bantog did the final design”.

Thanks for answering my question Pablo!

One response to “#AtoZChallenge Zillo Beast”