One of my favorite TV series is Scarecrow and Mrs. King. This 1980’s series, is about a suburban Washington, DC housewife, who is handed a package, by a federal agent in trouble, and all of the adventures that take place after that meeting. Below is the summary from the back of Season 1 DVD:

Single mom Amanda King leads a quiet suburban life in Washington DC until the day a dashing stranger shoves a package in her hands with instructions to give it to the man in the red hat. In no time, Amanda is dodging bullets, foiling assassination plots – and finding herself drawn to the dashing stranger, agent Lee Stetson, aka Scarecrow. Of course, Scarecrow has no interest in a ditsy amateur spy, no matter how pretty. But she certainly is handy in a crisis!

Share the Season One fun with stars Kate Jackson and Bruce Boxleitner in this fast-paced 5-Disc, 21-Episode Set of the lighthearted series that proves laughs and romance are powerful weapons in the battle to protect national security.

The best part of this series is the interaction between the main characters, Amanda King and Lee Stetson. Especially during the first season, when they were just getting to know each other and what they are each capable of in a variety of interesting, and life threatening situations.

If you have not been introduced to this series, then I would suggest viewing the first episode digitally, which is available to watch free from iTunes Store.

If you are already a fan, then you may want to check out the following fan sites:

Just Walk With Me, features recaps of each episode by season 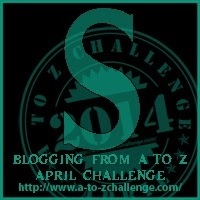