“Let’s Do The Time Warp Again”

This parody video created by The Hillywoods Show gives a whole new spin on “Let’s Do The Time Warp Again!” 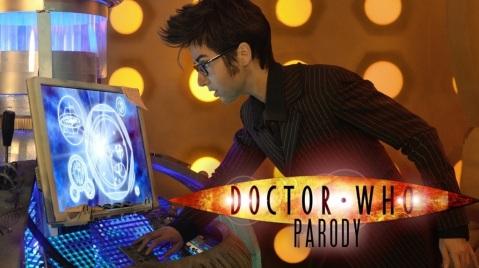 It not only has a great premise, #DoctorWho with #RockyHorror, but the everything in the video is spot on. Especially…

That really did sound and look like David Tennant’s Doctor!

I loved that scene from Doomsday mixed with this!

The effects and scenery used

Basically, the creators Hilly and Hanna Hindi along with the rest of their team did a fantastic job!

However, do not just take my word for it. There are several publications that support my opinion!

Some of the highlights of the hard work include the portrayal of the various characters, particular The Doctor and his assistant Donna Nobel, originally played by British comedian Catherine Tate. Hilly and Hannah Hindy get the perfect facial expressions that will leave fans smiling as they remember the exact scenes from the original show.
Read more here

Anthony Domeico from cnet.com states that this is an…

awesome song and dance parody of the Tenth Doctor doing the Time Warp.

Chris Hayner over at Zap2it.com states:

That Season 8 fan trailer was pretty fantastic, but this new video blows it out of the water in terms of fun. What happens when you cross “Doctor Who” and “The Rocky Horror Show”? David Tennant’s Doctor doing the “Time Warp,” of course.

The best one is by Sahba Rahbar from socialitelife.com, which states:

And of course it all looks awesome, from the costumes to the sets. Also, whoever does the voice of the 10th Doctor needs to be my boyfriend. Like, stat. Check out the video above and prepare to be amazed, amused and astounded.