Who put Blue on Earth?

Short answer: no one knows.

ue remembers being taken away from his planet and moved to Earth, but he doesn’t recall anything about the person. Probably due to the sack over his head. When it was removed he stood among a hundred brown calves at an auction.

He looked down and was surprised to discover he was also brown. Certain he should be blue, the fact confused him. Realizing the calves before him were being taken away when the man with gavel yelled ‘sold’, Blue studied the buyers for the best in the bunch. He settled on a lanky blonde. Reading her preference for the color blue, he changed his color and then focused on her while thinking “Pick the blue one”. When he came up, he portrayed himself as a lame sick calf to all but the blonde.  Not a single person other than the blonde bid on him, and she got him with her first bid.

When the blonde took him to his new home, he met Saran and fell in love. She had the purist sweetest soul that he’d ever seen. He was very pleased with his selection of buyers until he met Saran’s supposed father. While Saran was pure light, this man was pitch black. He might have left their farm and tried to find a better home, only he couldn’t leave Saran. He needed to stay and protect her. 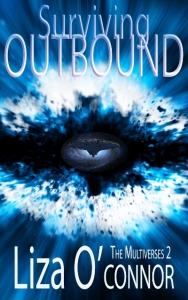 Saran along with her ‘not dead, just no longer human’ soul-bond—Tamara, and their giant blue bull leave in search of a handler so Blue can escape Earth and travel outbound. The man Saran meets and falls in love with turns out to be Tamara’s husband. Their spiritual joining of three sets into play a prophecy written long ago. Together, they become Tamsarandem, the most powerful soul-bond in all the multiverses.

The shamans pay for their voyage to Terranue, an unknown planet, never before colonized by humans. In return, Tamsarandem must look after the other colonists and help them to prosper and find their Paths of Light. They will need to do this mostly on their own, for the Gods are running out of authorized interventions. However, the God Pane, with the help of the sentient ship-computer, Marybell, constantly search for clever workarounds to ensure The Path of Light will reign supreme upon the final collapse. But there is only so much they can do within their bureaucratic rules.

Having failed to stop Tamsarandem from leaving Earth, those who walk the Path of Darkness embed their own people, including their darkest lord, on the ship to ensure it will never arrive at Terranue. 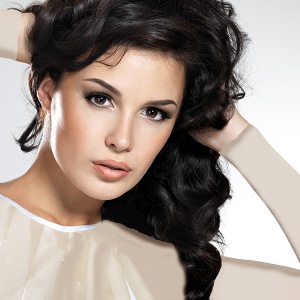 Saran was glad Blue had cleared out a wider space. It allowed her to move to his side and lean against him. “Do you mind if I lean on you, Blue?”

He shook his head in wide sweeps, which meant he truly did not object, for he never shied from the truth. With such an assurance, she let his massive bulk take more of her weight. “I know you must be terribly hungry. Neither of us has eaten in two days.” His head swung around and his massive blue tongue licked her scratched ankles.

“I know. I should have worn trousers instead of a long skirt, and we should have brought ample supplies. Only, Tamara said we had to leave at once.”

Blue nodded as his large black eyes gazed at her. When she scratched his head, his body resonated with deep rumblings.

Weak from exhaustion and hunger, Saran’s legs gave way. Instead of allowing her to fall, Blue knelt down so she could lay on his back rather than the scraggle branches. “You’re such a good bull. I’m glad you’re finally going to get to go outbound. Only, I’ll miss you terribly.”

Blue grunted and sighed heavily before plopping his head upon the thorny bed.

Book 1: The Gods of Probabilities

Liza is a multiple genre author of 15 novels. A Late Victorian Series, The Adventures of Xavier & Vic, plus a spinoff, A Right to Love, is an ongoing series.    A Long Road to Love is a humorous Contemporary Disaster Romance series of five books. She has two single books. One is a humorous, bad boys contemporary novel with ghosts, called Ghost Lover, the other is Untamed & Unabashed, a spinoff from Jane Austen’s Pride and Prejudice.

Now, she’s rolling out her Science fiction series (with romance & humor) called The Multiverses. The first four books are slotted for last half of 2015.  In addition she hopes, if she hasn’t dropped from exhaustion by then, to re-release a sometimes humorous/suspense thriller called Saving Casey

FOR MORE INFORMATION ABOUT