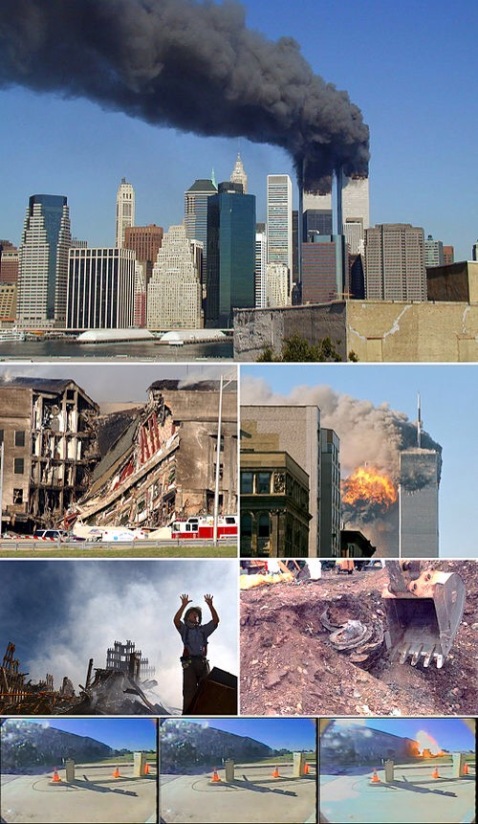 I did not see any of the events unfold that day because my husband and I were on a charter plane heading to Las Vegas.  The first indication that I had that something was wrong that day was an announcement from the flight crew that the FAA has ordered all planes to land immediately.  No other explanation given. I was so nervous that I needed to go to the bathroom and the flight staff would not let me until I told them that if they did not, then there would be a mess to clean up.

As we were approaching the closest airport, Denver International, I noticed that we were being escorted by 2 F-16s. I knew by then something really bad happened, but not sure what. I was thinking a major cyber attack on the radar or computer systems.

We did not find out what was happening even when we landed and deplaned. We were told to take everything with us including our baggage. There was only 1 person at the gate to meet us and she was crying hysterically and only could say “Stay right here” “Do not move”.

The terminal was deserted except for us. All the TVs, phones and Internet terminals were turned off. We really did not know what happened. We only knew it had to be something really unusual and bad.  My husband, Michael, used his cell to call his buddy back home and then we learned what happened.  In turn, we told all the other passengers with us.

After that they escorted us to our luggage and kicked everyone in the airport out, including flight staff and pilots. No direction on where to go or what to do was given.  Even AAA could not help us because the FAA locked them out of the system they usually use for emergencies.

Luckily the cab we took gave us some idea on where to go to find a hotel. He took us to Commerce City to a Truck Stop Hotel with a restaurant attached where we stayed until the FAA started letting planes off the ground again.

We were lucky because many of the passengers ended up either at hotels without restaurants near by, sleeping at school gyms on the floor with only blankets, no cots, or some decided to find some other way to Vegas, where we were heading, on their own. One even asked us to join them in the U-Haul he was renting like out of a movie.

When they did let us back to the airport, we were among the first planes to take off. My husband was the test subject of the first searches after these attacks.  It was a long quiet flight back.  When we got home to Michigan, we were greeted by ALL the staff at the airport because we were the first plane that was allowed to land.