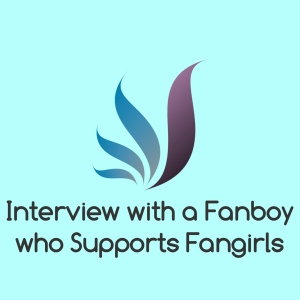 Welcome to a new series of interviews with Fanboys who Support Fangirls.

Today, The Adventures of the Everyday Fangirl interviews Author, StarWars.com contributor and of course Fanboy, Adam Bray about his efforts to support Fangirls like myself. 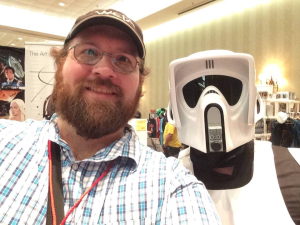 Thank you so much Adam for stopping by The Adventures of the Everyday today to let us know more about you and about your efforts to support Fangirls!

What fandoms are you a fanboy of and for how long?

Actually, I’m a big Middle Earth geek! I’ve spent a lot of time in New Zealand, been to two of The Hobbit premiers and many of the big premier parties, met many of the cast and crew, and visited the film locations. I’ve even been to the Hobbiton film set two or three times now! I probably own two of everything sold at the Weta Cave shop by now as well!

When did you first learn about Fangirls?

Probably through Ashley Eckstein and Her Universe, and the ladies at the Fangirls Going Rogue podcast.

Who are the Fangirls you support?

Of course, I really admire Ashley Eckstein and all her achievements. Her talent, creativity, entrepreneurship and leadership skills all make her a great role model for anybody. Vanessa Marshall too, for all the same reasons. I’ve recently discovered artists Jenny Dolfen and Ksenia Z (Lorna_ka). And I’m a fan of all the podcasts that Johnamarie Marcias, Sarah Woloski, Teresa Delgado, and my co-author Tricia Barr create.

What do you do to support Fangirls?

Inclusion is important, as is encouragement. I make an effort to help promote projects of female fans and colleagues, and share things that I think will be of interest or a useful resource for them.

How has social media helped or hindered you in this effort?

Social media is a focal point for me in many things. It’s how I get the majority of my information anymore, so I stay up-to-date with what female fans and colleagues are doing that way. It’s also a primary way I help spread the word about what they are doing—whether that is new announcements for podcasts, books and blogs posts, or new artwork and products, or even film and television projects. It is important to encourage your friends and the people whose work you admire, so I try to intentionally help given them a social media boost when I can.

Anything else you want to say to others about being a Fanboy who supports Fangirl?

I think it is important to stay positive. It’s easy in fandom and social media to slip into criticism or get territorial. But generally if you encourage and support others, they will usually do the same for you. None of us wants to be surrounded by negativity. So, I’m not perfect—I make lots of mistakes—but on social media now I try to stick to positive comments as much as possible. That old saying, “If you don’t have something nice to say, then don’t say anything at all,” is so wise! Promote the things you like. Don’t waste time talking about the things you don’t—unless it is something really important—something worth the consequences. But always try to think about what you say before you say it—how it will impact other people—and does the thing you want to post actually align itself with your purpose for being on social media in the first place? Will it draw negative or positive responses to you—and is that something you want to deal with the rest of the day? That’s an important thing to practice when dealing with anyone, whether male or female fans.

Thanks again Adam for joining us today!

One response to “Fanboy who Supports Fangirls: Interview with Adam”