It is a pleasure to welcome author SM Schmitz, author of The Chosen.

Welcome SM to The Adventures of the Everyday Fangirl and thanks so much for taking the time out your busy schedule to help us get to know you and your story better.

The Chosen is set in the Resurrected series universe and there are a couple of themes that run throughout the series.

I’m a former college world history instructor, and I often had students defending the actions of the CIA at Guantanamo. I began to wonder at what point would people say, “This isn’t ok. Regardless of what the suspect is accused of doing, this isn’t an acceptable way to treat people.” And at what point, then, do our heroes cease to be heroes? That’s partly the motivation behind the development of some of the main characters in this series. Dietrich and Eric, from the original trilogy, are CIA agents who participate in some horrific activities – but I wrote them to be likable characters. I want readers to like them. I want them to sympathize with them. And I want them to pause when they torture someone and question what that means about our culture that they’ve been taught to do this and it’s been ingrained in them that they have the right to do it.

I’m not seeking to answer those questions for the reader; I’m only trying to raise them.

The second theme that is related to this one is that of the converse of what fills our world with so much hatred and violence. I use the resurrections of these extraordinary people to highlight the values that have the potential to transform our world into a more peaceful and safe one: namely, compassion and empathy. Lottie and Mason are exceptional – and The Chosen highlights Mason’s characteristics that made him so special.

The Resurrected series is science fiction with some paranormal elements. I’m a fan of Kurt Vonnegut, but one of the biggest reasons I wrote this series as a sci-fi romance is that I was intrigued by the idea of what it would be like to wake up as both myself and someone else – kind of like just waking up one day and there’s someone else living in your head with you. In order to turn this idea into a story, I decided on a science fiction angle with aliens who bring dead bodies back to life, only the person who died isn’t supposed to return from the dead. The bodies work again, but the person’s memories and personality are supposed to be permanently eradicated by death. For Lottie and Mason, however, that doesn’t happen – the human returns from death, and the alien is part of this “new” person now, too.

I don’t think it’s difficult to stay sane as a writer! But a lot of my characters do possess pieces of my personality, particularly my silly sense of humor. Eric in the Resurrected series and Cameron in The Unbreakable Sword series both have my sense of humor, which is probably why they’re two of my favorite characters.

As I mentioned in the previous question, I have a silly, sarcastic sense of humor that comes through in my writing, particularly in certain characters like Eric from the Resurrected series, Gavyn from Dreamwalkers, and Cameron from The Unbreakable Sword series. Similar characters in books and movies appeal to me.

Disney. Seriously, how does Disney keep doing this to me? It doesn’t matter how many times I see Frozen, I’ll still tear up at the end when Anna saves Elsa.

I’m a huge fan of Imagine Dragons, and I reference the band in one of my novels (The Golden Eagle). I also love Marvel movies, and they tend to get references in a lot of my books, including The Chosen. Selena in The Unbreakable Sword series is also a Marvel fan and mentions different comics and characters throughout the series. 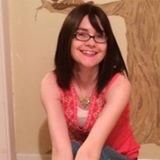 S.M. Schmitz has an M.A. in modern European history and is a former world history instructor. Her novels are infused with the same humorous sarcasm that she employed frequently in the classroom. As a native of Louisiana, she sets many of her scenes here, and like Dietrich in Resurrected, she is also convinced Louisiana has been cursed with mosquitoes much like Biblical Egypt with its locusts.

The Chosen is available now at Amazon.com.

Other titles by S.M. Schmitz

You can follow SM Schmitz through her Website or  join newsletter and receive a free copy of my post-apocalyptic novella, The Scavengers.