The Character Development of Ahsoka Tano

Ahsoka Tano was first publically introduced into the Star Wars Universe on January 29, 2008. 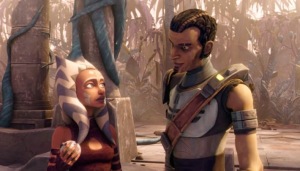 I, like many others, were not too sure about this new character first intoduced in Star Wars: The Clone Wars series. However, as time went on, Ahsoka is now a vital and beloved part of the Star Wars Universe. This can be seen when there were cries of great joy from many fans, including myself, when Ahsoka appeared as the mysterious ‘Fulcrum’ in Star Wars Rebels. 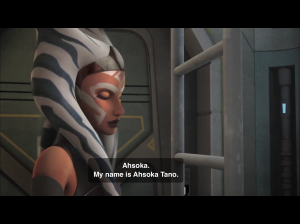 Ahsoka introduces herself to the crew of The Ghost in Star Wars Rebels season 1 Finale, Fire Across The Galaxy

Therefore, in celebration of Ahsoka’s introduction into the Star Wars Universe, fans declared that this Anniversary be known as #AhsokaTanoDay.

I am celebrating #AhsokaTanoDay by sharing the series of blog articles I wrote in 2016 about Ahsoka’s character development from The Clone Wars Movie to Star Wars Rebels. I hope you enjoy my look at the development of this important and beloved Star Wars character, Ahsoka Tano.

The Character Development of Ahsoka Tano by Patty Hammond (aka PattyBones2):