Lucasfilm executive editor J.W. Rinzler, Abrams senior editor Eric Klopfer and authors Brandon Alinger, David Mandel and Wade Lageose discuss the seminal Star Wars artist and the upcoming book on his work. The new Abrams publication, set for release in Spring 2016, will be the most comprehensive volume of Ralph McQuarrie’s extensive Star Wars work ever assembled. McQuarrie’s long history with Lucasfilm will be covered in the discussion, from his early days working directly with George Lucas through the publications he worked on in the mid-90s. The team will talk about the process of creating the coffee-table book and show many highlight artworks in this exclusive preview. Track: Art, Classic Trilogy

Overall, it was a very good presentation. It gave me a further appreciation of Ralph McQuarrie and his work on the Star Wars films and related projects. It also gave me a deeper understanding of what Ralph went through during the making of these films and just how much work really went into making these beautiful pieces.

Cover Reveal for the Ralph McQuarrie: Art of Star Wars

Some may think that the cover art is not appropriate because it is from one of the ‘Legends’ books instead of from the films. However, I really like the cover choice for this book. For me, this cover evokes both Star Wars and the art of Ralph McQuarrie without reusing artwork that has been used on the cover of other reference books.

Ralph’s famous painting with R2-D2 and C3PO that was used to sell Star Wars to the studio execs.

When searching through the LucasFilm archives, it was discovered that Ralph had two versions of this famous piece, each with different ‘facial’ features for C3PO. This was an interesting fact to me because I never realized that small details like facial feature could change the whole feel of a character. I wonder if this was a result of feedback from George Lucas or if one day he felt the character would be better with the other facial features?

This was an interesting item for me to learn about because I did not realize that Ralph created this piece. In addition, based on what was shown in the panel, this was sketched out first and notes made on the sketch with changes. This tells me that even for small projects, like this one, Ralph put a lot of thought and care into what he was going to do before he put paint on the canvas.

The Emperor’s Throne Room in an underground cavern

I first heard about this piece of Ralph McQuarrie Star Wars Art from Paul Bateman, who apprenticed with Ralph. I was very happy to see to piece included in the presentation.

Ralph created this with so much detail, especially the teeth and claws of the Rancor.  I just find this piece fascinating because it feels like this dangerous creature will just burst out from the canvas and tear everyone and everything apart.

I am looking forward to all of the other artwork, stories and anything else that will be revealed when this book comes out in 2016.

Origin of Star Wars Day, May The 4th

Today is May the 4th and for the Star Wars Community it is known as Star Wars Day! 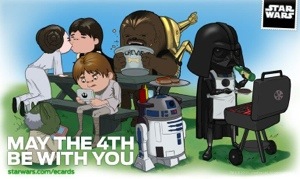 May the 4th is based on the phrase ‘May the Force Be With You’ from the Star Wars Saga.

The picture below, posted on the 501st Facebook page, is a year out of date, but gives a great description of the origins of May the 4th as a Day to celebrate the Star Wars Saga:

I plan on celebrating this special Star Wars Day by posting Star Wars related content on my social media pages, dressing in my Star Wars gear from Her Universe, listening to the Star Wars soundtracks on my iPod and watching an episode or two of Star Wars: The Clone Wars on Netflix!

So no matter how you celebrate this ‘holiday’, have a great day and ‘May The Forth Be With You!’

Today is International Women’s Day, but StarWars.com reminded all of us that it is really Galactic Women’s Day with the following pic:

As you can see there are some awesome women in that Galaxy, Far, Far Away including Leia, Ventress and of course Ahsoka!

This fangirl is hoping that the next Star Wars films, TV, etc will feature many more of these women role models!

Again, Happy Galactic Women’s Day and remember the Force will be with you always!!!

I have accepted a challenge from Twitter User @kim_love who challenges all fangirls to answer one question a day via photos with the #FangirlPhotoADay hash tag.

The following photo answers the question for Day 9:

Question 9) book you wish was NOT made into a movie

Star Wars: Heir To The Empire by Timothy Zahn. I love this story, but I would be concerned if the new Star Wars Trilogy is based on this. The reason is that the story is set only five years after the events of Return of the Jedi. If the next Star Wars film is based on this book, then the original actors will not be able to reprise their roles and a whole new set of actors would need to be cast. However, JJ Abrams has already proven with the rebooted Star Trek that this can be done. I just hope this is not the case. 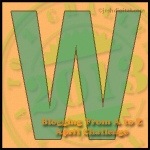 I have always been interested in the wedding gowns and how they are shown in various anime, manga, science fiction and fantasy fandoms. Some of them are traditional white wedding gowns with a veil, while others are not. Below are some example of the wedding gowns that can be seen in these different fandoms: 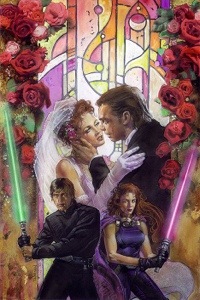 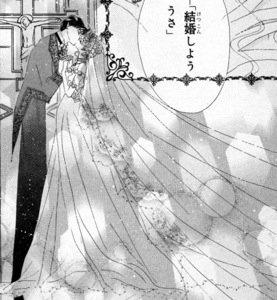 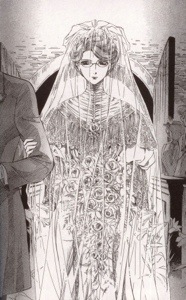 Fandom: Pirates of the Caribbean 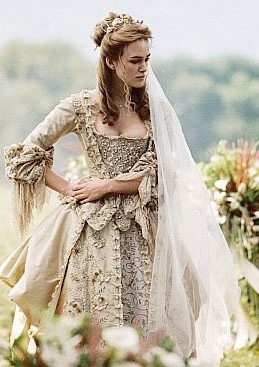 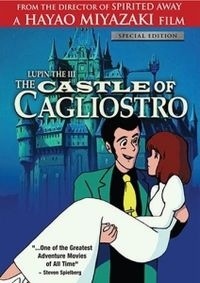 Title Wedding Gown is from: The Castle of Cagliostro, Anime Movie

Title Wedding Gown is from: The Little Mermaid, Animated Movie 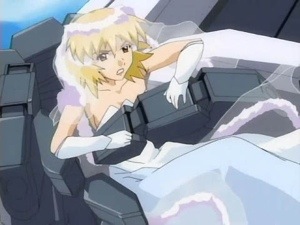 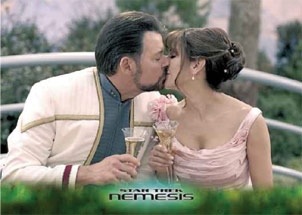 Past Adventure: Recording Session at CVI

I love listening to audio books, especially from the romance, sci-fi and fantasy genres as I commute or while I am working. However, I had a very unique experience that I just had to share with you all. It is my one and only experience in narrating an excerpt of an audio book in a real recording “booth”!

When I was at Star Wars Celebration VI I stopped by the Random House Audio’s booth, which had a travelling recording studio set up. I was able to sign up to record a scene from Star Wars: HEIR TO THE EMPIRE by Timothy Zahn. I was able to choose the scene from among a few choices and of course I chose the one with Han and Leia in it. I just love the chemistry between these two, so it was a natural fit. So, I picked that scene and entered the recording booth when they were ready for me. Below are some pictures of me in the “booth” during this adventure: 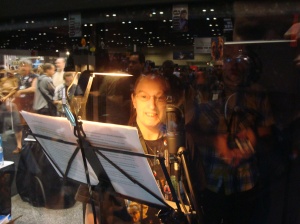 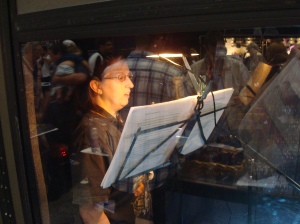 I really enjoyed this recording session! The best part of the experience is when the audio supervisor complimented me on how I came across during the session. His comment to me was:

“The editing of this will be easy because you did not add too many pauses or add additional “um” noises!”

I thought that was a high compliment indeed for someone who just stepped into the booth and narrated for the first time and was not a trained actor my any stretch of the imagination.

Well Random House edited the clip, and sent it to me as an mp3 via email about a month later. They said in this email that I could share online with friends and family for free. So, here is the link to download the MP3 file with this excerpt:

If you are an audiobook fan or would like to learn more, then you can find out more on several sites including:

Of course, let us not forget http://www.randomhouseaudio.com which allowed me this great experience to add to my Fan girl adventures!

All hail the mighty Waru

Well I was on twitter the other night having a conversation with TheForce.net Eric Geller about the Waru which is part of the EU novel The Crystal Star. I listened to this novel on audio back in 1994, the abridged version. I did not remember this character and had to look it up to understand the conversation. During the conversation a new twitter account was born: @ChurchofWaru

I feel very blessed to have been part of the creation of this.